Flipping the bird, four centuries on

Posted on February 26, 2016 by rumachak
Four hundred years ago today, a man was asked to either defend his scientific ideas or surrender them. He was said to have sinned against the Bible, a book that had no single author and very little historical accuracy. His crime was apparently denying the lines “the Lord set the earth on its foundations; it can never be moved.”
For years people had been freely discussing the sun’s position at the centre of the solar system with the earth and other planets revolving around it. But gradually an atmosphere of suspicion and orthodoxy returned to Europe. Religious nuts such as the Duchess of Florence were angered by this man’s insistence that the Bible was not the final word on science but perhaps only on faith and morals.
In the end he was brought to the attention of the Inquisition and put under house arrest where he remained till the end of his life.
The last four years of his life were further shadowed by loss of sight. But while in house arrest, he still managed to do his best work and earn the honour of being the ‘father of modern physics’.
Rather fittingly, considering that the threat of excommunication and house arrest made him recant but whisper immediately, “E pur si muove” – and yet it moves -, his middle finger can be seen at the Galileo museum in Florence, Italy. Four centuries and he continues to give us the middle finger, quite literally.
That man was Galileo Galilei. His crime had been to suggest that the sun stood still and the planets moved around it. 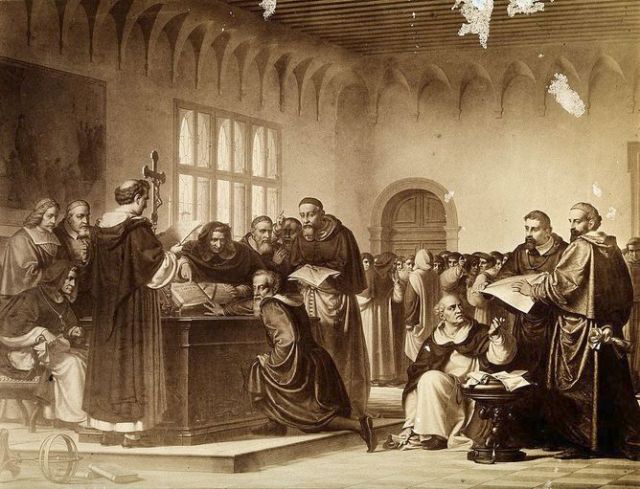 This entry was posted in A Good Thing, Great Men of the past, Mathematics, Science and tagged Galileo. Bookmark the permalink.

tell your stories, love your life